skip to main | skip to sidebar

Finally finished a new piece I've been working up since March :U
Here we have a young Ascari sitting on the back of a MTM when he was in the military. He hated riding them as he felt pretty vulnerable on them.
Was inspired a while back to have a go at my own Big Dog robot design after seeing a bunch online, but thought it would make a useful multi terrain machine for transporting troops and tons of extra gear. Thought having six legs would be more stable, as it will always have three points of contact when traversing, and adjusts each leg independently to keep the ride flat for the riders. At the end of each leg is a multi grabber ball foot with a surface coating like a gecko/badzooks for the ultimate gripping ability.
Chur you fullas at work who helped me during this pic!

Might paint up the mid ground fullas in the daytime setting. 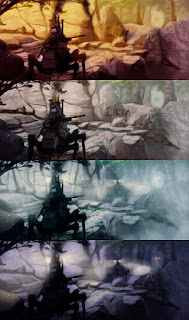 Was also asked to do this convention book cover, so kept it simple so it could be done quickly :V 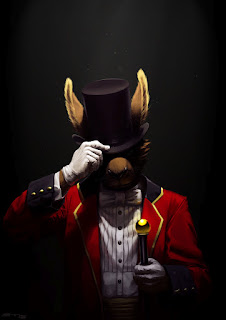 Dumped by Stuart Thomas at 3:25 AM

Stuart Thomas
Wellington, New Zealand
My name is Stu, and this is where I'll post some drawings I'm not playing fps :U